Well it all started with our daughter's family making plans to go to Disney World the second week of August this year 2013.  They came to visit the weekend before July 4th, and since I had seen a tutorial recently about making tie dye Micky shirts, I asked them to bring a white shirt so they could decorate it.  The site to go to so that you can get the patterns is Mickey's Patriotic Tees.  This site is affiliated with Disney somehow, so these shirts are legal to make.  Maybe not to sell though.

The first shirts came out pretty well.   We placed the shirts in soda ash water then tied them with rubber bands, mixed up the procion dye colors with water , then put that on the shirts.  Covered the shirts with plastic for two days.  then rinsed them out, washed them in the washing machine, a couple of times to get all of the excess dye out, then dried them in the dryer.

What did I learn?  The colors in the first shirts came out great.  The second batch of shirts I  did one month later.  I used the first batch of dye I had mixed with only water.  I only needed yellow so mixed up yellow as a new color.  Even though the dye was mixed with only water, and the tops were capped, the colors had lost some of their brilliance and they came out faded looking.  I also noticed that Mickey didn't show up well when I put yellow over the stitched areas.  Not enough contrast.  So in the future I will throw away or somehow right away use up the dye I've mixed up.

I don't have enough time to make up another batch of shirts as I have to mail these off so they can take them to Disney. 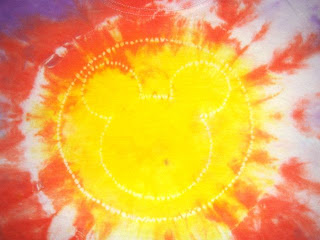 There will be more dying in  my future, I'm having so much fun!

Making Your Own Stamps

Western Theme -We are the Star B Ranch!  Here are bandannas!


I've been working on VBS crafts lately.  There are two of us who head up the VBS crafts for our church.  This year the theme is western.  Our area is the Cow Poke Crafts.  One of the main things the kids are making are bandannas.  We've purchased plain white cotton bandannas for them to mark on.  In the process of trying to figure out the best way to make marks, I decided to make some stamps.  I tried some sponges, but they didn't stamp well enough.  Then I remembered that craft foam works really well to make stamps.  I bought a package of sticky back foam sheets.


I made horses, cowboys, cowboy hats, stars, letter B, cactus, and boots.   Remember if you are doing words or letters to make them backwards so when they are printed they will come out the right way.  I will follow up with more crafts we will be doing.

WOW - May is here and almost gone!
One of the first things I did was to go on our kayak group (the Ka-yackers) annual trip.

One of our past members now lives in Savannah, GA.  So we make an annual trek to go kayaking with her.  Below are pictures from that trip.  When you come to the cypress trees use your imagination and see what you can see in them.   I've numbered them from one to fourteen.   Drop me a line and let me know what you see, please include the number when you leave a comment! 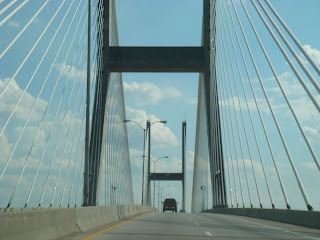 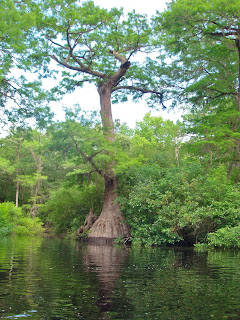 Thanks for joining me on our trip to Savannah.

My hill garden, which is my main one, is looking like "Easter" colors right now.

I am a "lazy" gardener, and once planted I let God take over.  Most of the time it works. 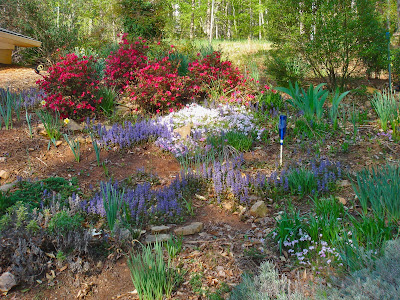 I've got to confess.  There are people who LOVE to needle felt, especially by machine.  I have not been one of those people.

Our program at Explorers (read yesterday's post) this month is on needle felting.  I said I would lead it if no one else came forth.  I adjusted my attitude toward needle felting, so here I am, ready to lead the program tomorrow.  Last week I went to a friends house to make my samples on her felting machine as I have not gotten one......yet.

It actually was the first time that I kind of had fun with it.  Maybe my attitude adjustment?
Below are pictures of my samples.


The pictures don't really do the samples justice.

Tomorrow at 1PM if you are in/near Lynchburg VA come to the program and play with us at Quilted Expressions on Old Forest Rd.

Bette
I get great pleasure in painting on and dyeing fabric. I also love spending time with our grandson.